Pin It
This special event is held with the intention of encouraging Tohoku District's people to cheer up, because the Tohoku District suffered extensive damage from the earthquake and tsunami on March 11, 2011. Six major festivals from each prefecture in the Tohoku District will come together and parade through the main streets in the city on both days. The festivals are: Aomori Nebuta of Aomori Pref., Akita Kanto Matsuri of Akita Pref., Morioka Sansa Odori of Iwate Pref., Yamagata Hanagasa Matsuri of Yamagata Pref., Sendai Tanabata Matsuri of Miyagi Pref. and Fukushima Waraji Matsuri of Fukushima Pref. 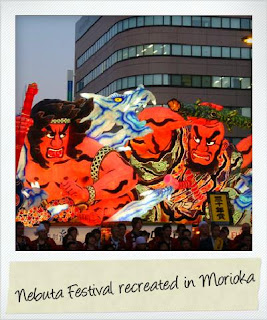 Pin It
Posted by AussieOnTheIzu at 14:50