Diary of a JET #6: One Year Anniversary

Pin It
I did it! I made it in one piece! It's been one year down the rabbit hole—I mean, in Japan—and it's been one hell of a year. 2011 marked a turning point for me. I realized a lot about myself and what I am doing here/with my life. It was probably one of the worst years on record for me; I lost my grandfather, I missed my sister’s hens night, and there were plenty of emotional melt-downs related to my relocation to Japan. But lets not turn this into a pity-party. I honestly believe that even though it was probably one of my roughest years so far, I probably got more out of it than any other year. Like a proverbial Alice down the rabbit hole, my past year in Japan has been fraught with stress, culture shock and depression. But there have also been some great memories too.

When I was living in Adelaide, my bus used to pass by a public park. A short distance from the road, I could see a statue of a young girl in a old-fashioned dress and pinafore. Curiosity got the better of me one day and I paid a visit to the statue. Yep, it was Alice. My middle name is Alice and I have always felt an affinity for the Lewis Carroll classic. Looking up at this Alice cast in stone, amidst the trees and skyscrapers, it was as though Adelaide had been chosen as the setting of some kind of whimsical adventure into a fantastical foreign land. The statue was dedicated to “children everywhere.” I smirked. Adelaide? As if there were adventures to be had here! This “child” was going to a real fantastical place; Japan!
But Japan turned out to be both what I expected and like nothing I could have anticipated. Would I call it a fantastical place now? Probably not. Truth be told, Japan is as normal as any other country. Vending machines filled with panties? Bertie Bott’s Every-Flavour Kit-Kats? You’d think these people were as mad as hatters! Not really. That stuff is for the tourists. Japanese are humble, hard-working people. Countries filled with spiked animals that lay eggs, now that’s exotic!
Maybe its us, who are the mad ones? The first time I got the impression that there was something a little bit ‘off’ about most people who decided to become ALTs was when I attended a formal regional meeting for JETs and spotted a fellow ALT wearing a decked-out Lolita costume. Everyone’s a little bit mad here.

'I wonder if I've been changed in the night? Let me think: was I the same when I got up this morning? I almost think I can remember feeling a little different. But if I'm not the same, the next question is 'Who in the world am I?' Ah, that's the great puzzle!'

Alice's great conundrum: how does one explain oneself when one is not oneself? I read a blog post over on the ever-popular Hyperbole and a Half about beating depression. Allie, the author, concludes that she reached such a deep and dark pit of depression that she kind of looped back around again and became “impervious” to her own negative feelings. Maybe that is just what happened to me. Or maybe I'm growing and changing? Sometimes I think I’ve lost my head I get so caught up worrying about who I am and what I am doing here.
While I was going through some tough times emotionally, I woke up one day and realized I was not handling it in an appropriate fashion. Namely, I wasn’t surrounding myself with the right kinds of people. The recovery process (from culture shock, stress, depression, everything!) wasn’t just going to happen; I had to take positive steps. I realized my biggest problem was inaction. Six months on since graduating from university and I wasn’t doing anything. I hadn’t picked up a paint brush in months, I wasn’t traversing Japan like I had imagined I would… I was just sitting in my apartment like a sad lump. This is the time in my life when I should be learning and growing and thinking about the future! I decided to revamp my blog with the intention of building my writing skills and working towards a career in writing. I found, through reading other blogs about life in Japan, that useful informational tidbits could be extrapolated through blog-reading, that blogs could serve a very important purpose in that way. I realized that I was the only person with my experiences and my voice and it was a shame not to share it (though most of you probably disagree). Some times I look back at what I’ve written and it seems like a lot of it was ego-driven. It's amazing how in hindsight you realize how selfish and entitled your behavior was in certain situations. Life is a learning process, that’s for sure. 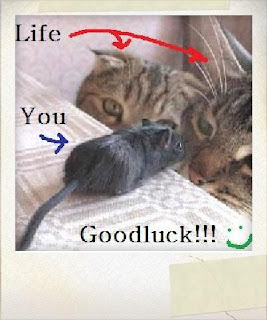 There have been some difficult moments this past year, like being a world away when a family member passes and not being able to grieve in the company of my family. There have also been times I just wanted to give up and go home. This is the part where I expound upon the virtues of patience/positive action/self esteem but I won’t patronize you. Life wasn’t meant to be easy and sometimes the dark thoughts are just too difficult to keep at bay. I’m happy now. And that is what is important to me.
Spring sprung this week. Today is a beautiful sunny day after months of miserable grey. The sharp contrast from bleak to sunshine has got me thinking about my hometown a lot lately. The festival state; known for its myriad of parades and celebrations, its penchant for vintage clothing fairs, stand-up comedy bars, and great beaches. Was I right to smirk that day? Well, I sure do appreciate my home a lot more now. And I have had to rethink my reasons for wanting to travel. It is a hobby for me but it can't just be that; it is important to be more than an economic opportunity in a host country, to visit and interact respectfully by learning the language, culture and customs.  If you do that, you get everything back tenfold; you can never lose. Maybe each of us--everyone, "everywhere"--could benefit our inner-child a little more if we agree to never stop learning; that we should always allow our curiosity to fuel us. My advice: bite both sides of the mushroom and never stop growing.

'Begin at the beginning,' the King said, very gravely, 'and go on till you come to the end: then stop.'

Image: Confessions of a Badboy in Japan.