Pin It
This is one of my favourite haunts in Tokyo (after trendy Harajuku and the fashion mazes of Shibuya). Listed in the top 3 of most visited places in Tokyo on japan-guide.com. Haven of nerds, otaku mecca, “Electric Town,” home of anime/manga… Akihabara (or simply “Akiba” as it is affectionately known to locals) is all this and more. I recently made my way to this popular neighbourhood in Tokyo to see if it could live up to its name. So get your nerd on and join me as I explore the hallowed annals of Akihabara… 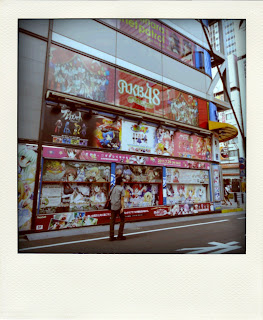 I stepped off the Yamanote Line on a Saturday morning and straight into the fray of sweaty, middle-aged, Japanese men. My attempts to find a coin locker to store my heavy backpack were futile. It seemed I had underestimated the popularity of this hotbed of nerdiness. So my adventures took place under the strain of at least 5kg on my back. [Pause to allow reader to wonder at my enduring brilliance] 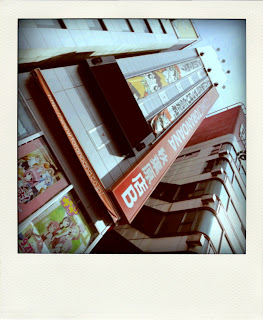 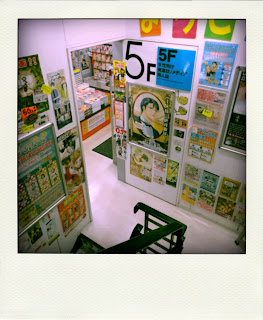 First stop: Comic Toranoana (コミックとらのあな). Just around the corner from Akihabara Station, this multi-storied complex of manga, CD, DVD and doujinshi awaited me like a shining beacon. For those who don’t know, doujinshi is fan-made manga. It is usually non-profit and not always about pre-established characters. Japan is one of the few countries to tolerate its copyright-infringing existence because A) it encourages people to get involved with specific anime/manga franchises, and B) legal prosecution of doujinshi artists is just not practically possible; that’s how many people participate in it. I found doujinshi fascinating and had even based my Masters thesis on this phenomenon so purchasing some hot doujinshi was my pursuit of the day. After dodging a news reporter who wanted to interview me (can you imagine me on TV explaining away what I was doing in Akihabara?) and the maid café girls  trying to attract customers in full costume and with character voices (don’t even try to take their picture, the claws will come out!), I made my way to Comic Toranoana.
The first few levels were their basic fare: comics, CDs, DVDs, etc. After a few flights of stairs, I found the doujinshi department. If you think a westerner hiking around a comic-book store doesn't attract enough attention in itself, try doing it in the doujinshi section where the front covers with man-on-man (shonen-ai 少年愛) depictions are placed facing out (not really my thing). I felt a little dirty, but I was determined. Comic Toranoana provided a decent assortment of doujinshi as well as toys and comics but being on Akihabara’s main drag, the pickings were somewhat slim and doujinshi artists are probably more likely to avoid being too highly visible for legal reasons. I would need to burrow deeper. I paid for my purchases and headed for my second port of call… 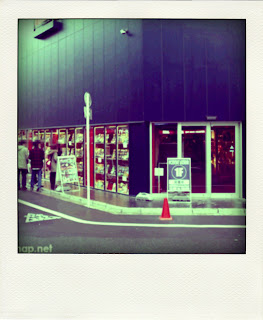 Second stop: Mandarake (マンダラケ). Self-proclaimed largest "manga and anime shop in the world.” Specializing in pre-owned goods, it is a good place to find rare and collectible manga, figurines, dolls, posters, CDs, toys and other types of manga and anime related goods. A little off the beaten track, this was probably the best location for doujinshi purchasing. Upon entering the store, I was ushered (by a real usher) to join the queue for the elevator. The crowds were thick and clerks were running to and fro to answer their needs. Feeling self-concious, I got off the elevator at the first opportunity that looked vaguely like it had something to do with comic books. This had been a good decision; they had an entire floor dedicated to doujinshi (just like Comic Toranoana had) but this was twice the size. Every anime or manga franchise you could think of was represented here; even Japanese pop stars were featured in the doujinshi! The store was crammed with girls of every age doing just what I was doing (I imagine). The specific doujinshi I had been after belonged to a small section that I finally found after what must have been an hour of searching. I experienced the first fan-girl moment of the day when I found the precise new-release of my favourite doujinshi artist that I had been following online from Australia (squeeeeeee!). I paid for my purchases and left. 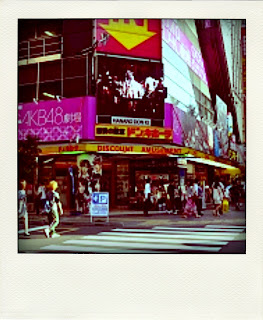 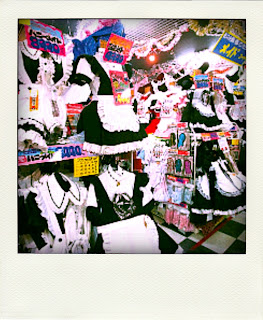 (Image courtesy of NIPPONIA)
Last stop: Don Quixote. Home of the AKB48 Headquarters, this shopping complex also offered the most fascinating variety store I had ever been to. Don Quixote is a chain store with branches all over Japan. Mostly, they just sell beauty products and some clothing, but no Don Quixote I had ever been to had anything on the Akihabara Don Quixote. In addition to groceries, electronics, and costumes, the extensive beauty department also offered vibrating mascara wands, contact lenses in every colour of the rainbow, eye-lash extensions, wigs, adorable stockings and socks, underwear, EVERYTHING! Definitely worth a look and you could probably pick up a kooky souvenir for someone back home.
The AKB48 girls perform daily shows at their theatre on the 8th floor of the store (3000 yen entry). There is also a branch of the @Home Cafe maid cafe on the 5th floor of the store. While there are plenty of maid and butler cafés in the area to choose from, @Home Café maids speak English so that may help sway your decision. 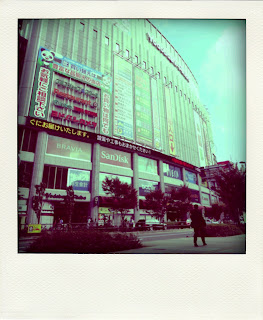 Probably also worth a mention if you are heading to Akihabara for the purpose of buying electronics is Yodobashi Camera which apparently sells discount electronics (but after a tour inside, I didn’t see anything to support this conclusion). Unlike most other electronic shops, it is located on the east side of Akihabara Station. While offering every electronic device and major brand imaginable for sale, they also offer duty free and international models. Even if you aren’t in the market for anything, you can have some fun looking around in here at all the latest gadgets. There are also restaurants in the complex open until 9pm.
So that was my adventure in Akihabara. I was exhausted and relieved to dump my monstrously heavy backpack (do you feel sorry for me?) off at my hostel. I hope you enjoyed my tips for hunting out rare nerdy artifacts or funky souvenirs in Akihabara. For a great map of all the locations I hit up, check out japan-guide.com’s page on Akihabara. It definitely helped me out when I was planning my trip! Stay tuned for more in the Travel Log!
What is your favourite neighbourhood in Tokyo?
Pin It
Posted by AussieOnTheIzu at 09:19